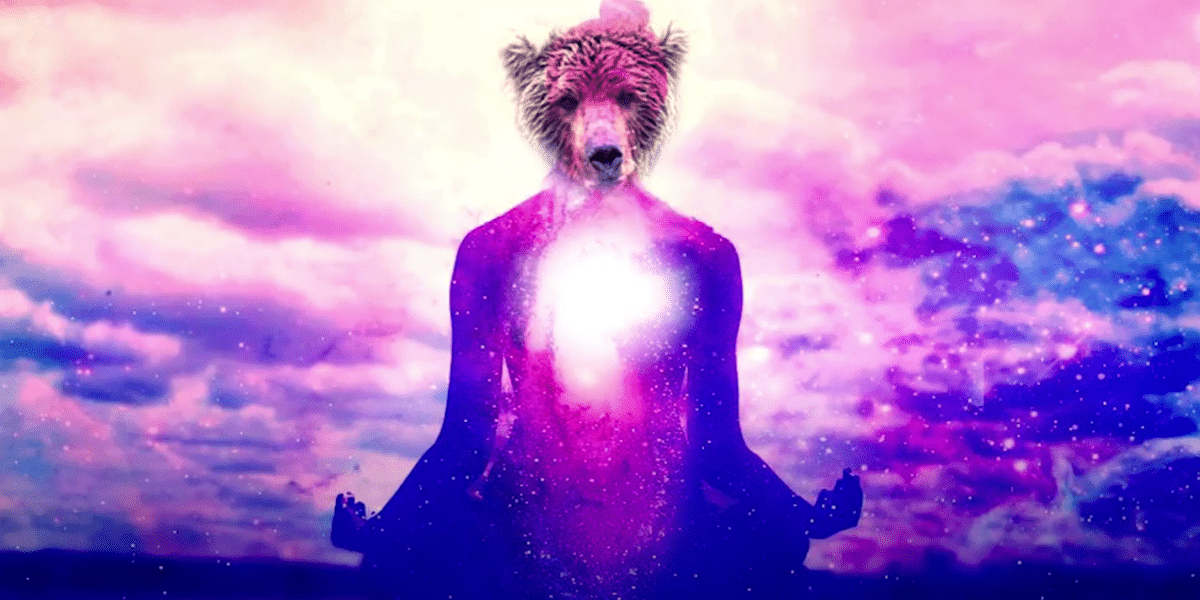 Words don’t do this song justice. Check it out for yourself. 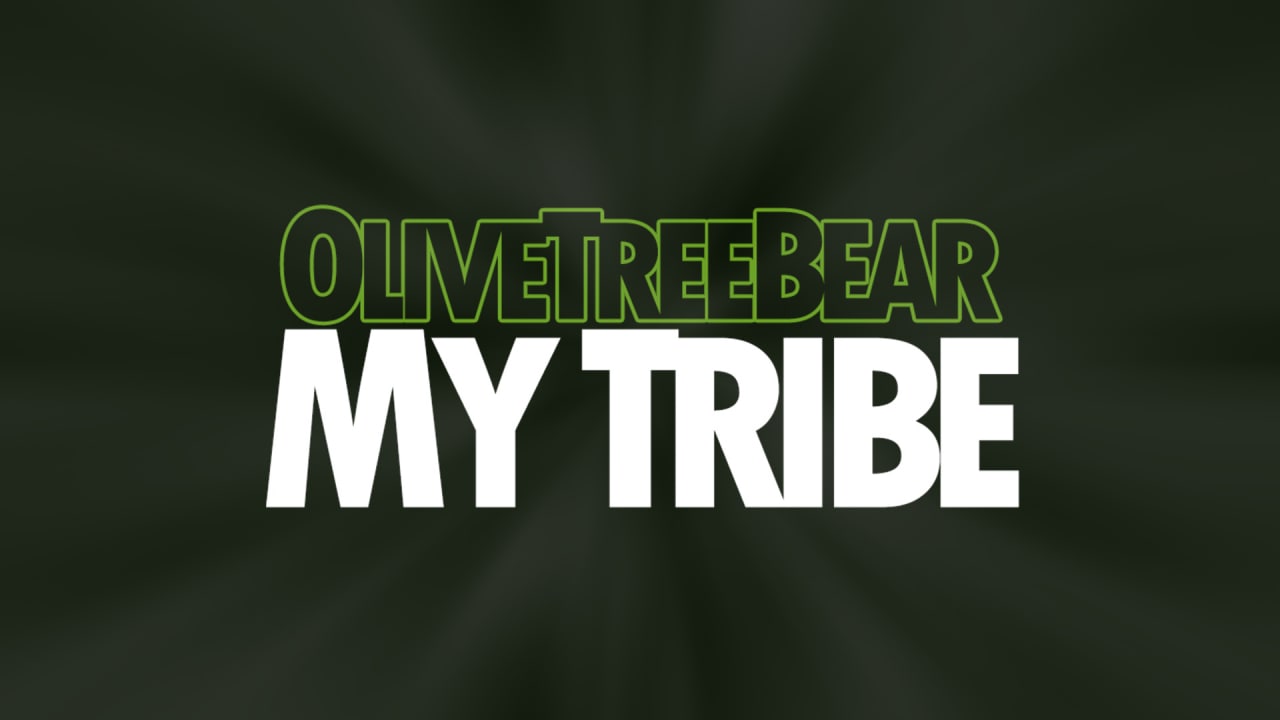 When I first listened to OliveTreeBear’s newest song My Tribe, I was blown away by its anthemic energy coupled with catchy hooks and brazen synth sounds.

The song starts out with a quick piano and white noise volume swell done by automation. This pulls the listener in only to be immediately hit a soft whispered “go” before large bass and brass combo and bouncy drum beat smack the listener dead in the face. This vibe continues as Olive Tree Bear throws vocal sample after sample at us over this heavy footed beat plays.

The vocal melody shines in the verse with whole note steps up and then back down as he details the makings of his tribe — the bears. This matches perfectly up with the large bear names zooming past in the music video.

As the pre-chorus hits the energy slowly begins to swell as vocal harmonies are added — along with a trembly synth that fills the previously vacant mid frequency range of the instrumentation. The vocals get some cuts on beat to the words “i-i-immortalize” to once again add additional production spice. The beat drops to leave you with just the vocals shining through.

As the chorus hits, the bouncy beat is suddenly stabilized with a loud chunking high hat with an enormously large synth pad. The chorus continues with some trembling strings to carry the minor third chord (iii) back to up to the Major IV — a chord that has yet to show up in this piece thus far. By OliveTreeBear leaving the key of this piece ambiguous up to this point, it allows the listener to feel a sense of relief as the vocals sing the “where I belong” lyric.

During the post chorus, the anthemic “army of legends” line is repeated as “grow” is chanted in the background. This aggressively shouted line is the first appearance of some grit to this song thus far. And this attitude gives us a preview of what the second verse will hold. The post chorus ends abruptly without the melodic line resolving. This creates some tension as the second verse comes in.

The second verse is even more stripped back than the first once the brass was removed. This brass was playing a key role in the call and response pattern between vocal melody and instrumentation. With it removed, the song feels incomplete once again. This is quickly resolved as the second verse begins its ascends back to the chorus. Heavily delayed vocals fill the stereo field as the beat comes back in. Gritty shouted vocals that we saw in the post chorus come in along with the chorus’s strings. The toms are now highlighted as the bass drops out.

The prechorus comes in once again. While the instruments remain the same as the initial pre chorus, you will find some nice additions to make it feel more whole now. We now hear much more gritty vocal doubles, large strings, and and an off-beat hi-hat. This is a major shift from the minimalistic first prechorus we heard before. The second pre chorus ends with the vocals going up in vocal register for some belted lyrics that were before whispered. This goes along with the song’s overall theme of transforming from someone who has a timid whisper to someone now roaring with confidence after finding his tribe to connect with.

These notes carry into the final chorus. The final chorus is very similar to the first with the addition of one key vocal line held out belting notes in the background that ties all the previous chorus’s empty spaces together.

The song ends with a final prechorus that contains a higher vocal register playing a crucial role in the new lyrics “this is a –“. The resolution of this song is the click-y 32nd note rolls and a cymbal scrape and a beat with the kick and snare. For a song that’s been blacking the presence of high end and mid section, this ending is satisfying to hear and definitely shows the progression that’s been made through the past 2 minutes.

Words don’t do this song justice. Check it out for yourself.

Anchor Bear reports on an original track by The Last Moomin. *Some Graphic Images* 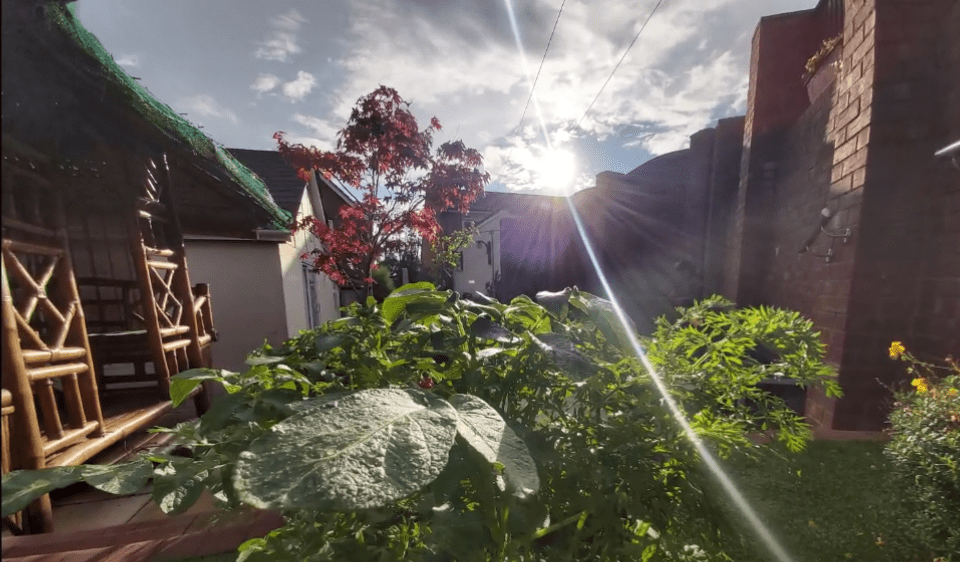 The Last Moomin is a man who requires little introduction from those who have been around the Bear community. From some of the funkier grooves of Fancy Pants and Lolipops to the up-tempo Bearody “Everybody Needs Some Gravy”, The Last Moomin’s music has been featured on many playlists of Bears.

“Beartaria” is one of the newest original pieces by The Last Moomin. The lush reverb on the electric snare paired with held-out piano chords give a very relaxing vibe. This space allows the guitar and vocals to really shine through. The Last Moomin has a very unique voice as he croons about the status of his garden in Beartaria.

A Lyric from the last moomin’s new song beartaria

The grape vine line particularly stood out to me due to its honesty. In the garden — as well as life — we sometimes don’t always get things right the first time we attempt something new. It takes persistence to achieve a flourishing garden. Even if your grapevines don’t turn out good one season, we must learn from our mistakes and try again for the next harvest.

When I reached out for comment, Moomin stated that although the grapes yielded no grapes, it did yield him a song.

You can check out The Last Moomin’s new song “Beartaria” along with his other work on his YouTube channel. Help local Bear musicians by liking and subscribing to create a better community of musicians.

Sometimes you have to take quality into your own hands.

Making Your First Sourdough Is Easier Than You Think…

How to Survive the Winter… Literally

What Time is it? SLIME TIME!

A Recipe from the Kitchen of Emily

Sometimes you have to take quality into your own hands.

The Beartaria Times National Festival Tickets Are Now Up For Sale!

‘And Then There Was “Crushfest”‘

Medieval Greenhouse On The Prairie